In an op-ed for The Hill, Ann Bluntzer, executive director of the Ralph Lowe Energy Institute, and Manochehr Dorraj, TCU professor of international affairs and Energy Faculty Fellow, discuss the European Union situation and how it's reshaping the energy transition debate.

The invasion of Ukraine has exposed the European vulnerability to the supply of Russian natural gas. In response to the attack, Germany halted the Nord Stream 2 gas pipeline project from Russia. This exacerbated the supply of energy and raised prices, which were already rising.

Climate change and global warming were the primary motivations for the transition from fossil fuels to green energy. Now there is a political factor: To liberate Europe from the bondage of reliance on Russian energy. Since the Russian invasion, the president of the European Commission Ursula Von der Leyen said in a speech at the Munich Security Conference, “We are doubling down on renewables. This will increase Europe’s strategic independence on energy.”

Russian President Vladimir Putin and his advisers must have expected the invasion to spur higher oil and gas prices, and that they would be targeted with Western sanctions. Since 36% of the Russian national budget comes from the export of energy according to Al-Monitor magazine, the windfall of higher oil prices – estimated to be $500 million each day – in theory would exceed the cost of sanctions.

The Russian leadership may have expected a weak and divided NATO where German dependence on Russian gas imports would render it hesitant to impose sanctions. Putin may have calculated that increased income from oil and gas to China and other nations would buffer him against Western sanctions.

Given his past cooperation with Saudi Arabia to cut back on production to prevent the collapse of oil prices, Putin also may have anticipated Mohammad Bin Salman, Crown Prince of Saudi Arabia, would not increase production to stabilize prices. And that is what happened.

In the immediate aftermath of the Russian invasion, crude oil prices surpassed $100 a barrel for the first time since 2014. Facing high inflation and potential political fallout, President Joe Biden tapped the U.S. National Oil Reserve and the U.S. increased shipments of liquefied natural gas to prevent an energy crisis in Europe.

Russia has the largest natural gas reserves in the world. With of 10.5 million barrels a day of oil production, it is the third largest producer of oil globally after the U.S. and Saudi Arabia. Since the early 1980s, Russia has been exporting substantial amounts of oil and gas to Europe. In the past, this large capacity served as a deterrent for other countries to impose sanctions on Russian energy. But now that Nord Stream 2 has been halted and sanctions imposed, what’s next?

The new EU energy strategy, to be unveiled this month, calls for a 37% reduction in Fossil fuel use by 2030. The plan calls for reducing the current supply of 40% of European natural gas from Russia to half by next year. The goal is to gradually decrease Europe’s dependence on Russian gas. Some of the shortfall will be filled by natural gas from the U.S. and other producers in the short-term.

A global leader in investment in renewable energy, Germany approved $68 billion additional spending to accelerate the green infrastructure spending. The goal is to substantially increase the 41% of the energy supply and the 46.3% of the electricity provision that came from renewables in 2020.

These developments are likely to provide a new momentum in the drive toward sustainable energy. This may be easier said than done. According to TIME magazine, “The E.U. gets 22% of its energy from natural gas, and to meet its ambitious climate targets, the European Commission says it needs to cut use of the fuel by 37% by 2030.”

Renewables alone – solar, wind, biofuels – will not fill the gap in the immediate future. In recognition of this, the EU released the Taxonomy Complementary Climate Delegated Act, aka the “green energy plan.” It controversially stated that natural gas projects and nuclear energy should count as “green” under certain conditions. Nuclear energy does not emit greenhouse gases but carries other environmental risks.

It is clear from the response to Russia’s aggression that the European Union, and all countries around the world dependent upon fossil fuels, will have to live with higher prices in the short term as they transition to meet their climate goals. The EU situation, where natural gas and nuclear energy are suddenly reclassified as “green,” demonstrates the difficulty of achieving both energy independence and clean energy goals and will force Europe to rethink what energy sources are included in a sustainable and secure energy future.

It is clear from the response to Russia’s aggression that the European Union, and all countries around the world dependent upon fossil fuels, will have to live with higher prices in the short term as they transition to meet their climate goals. The EU situation, where natural gas and nuclear energy are suddenly reclassified as “green,” demonstrates the difficulty of achieving both energy independence and clean energy goals and will force Europe to rethink what energy sources are included in a sustainable and secure energy future.

Read the full op-ed on The Hill’s website here. 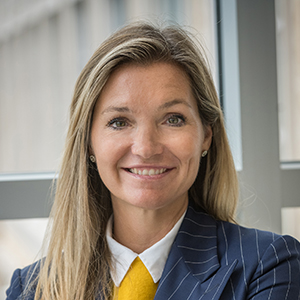 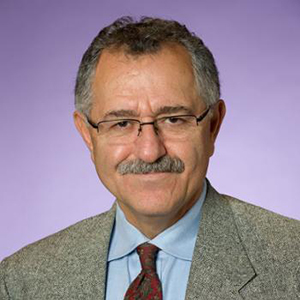